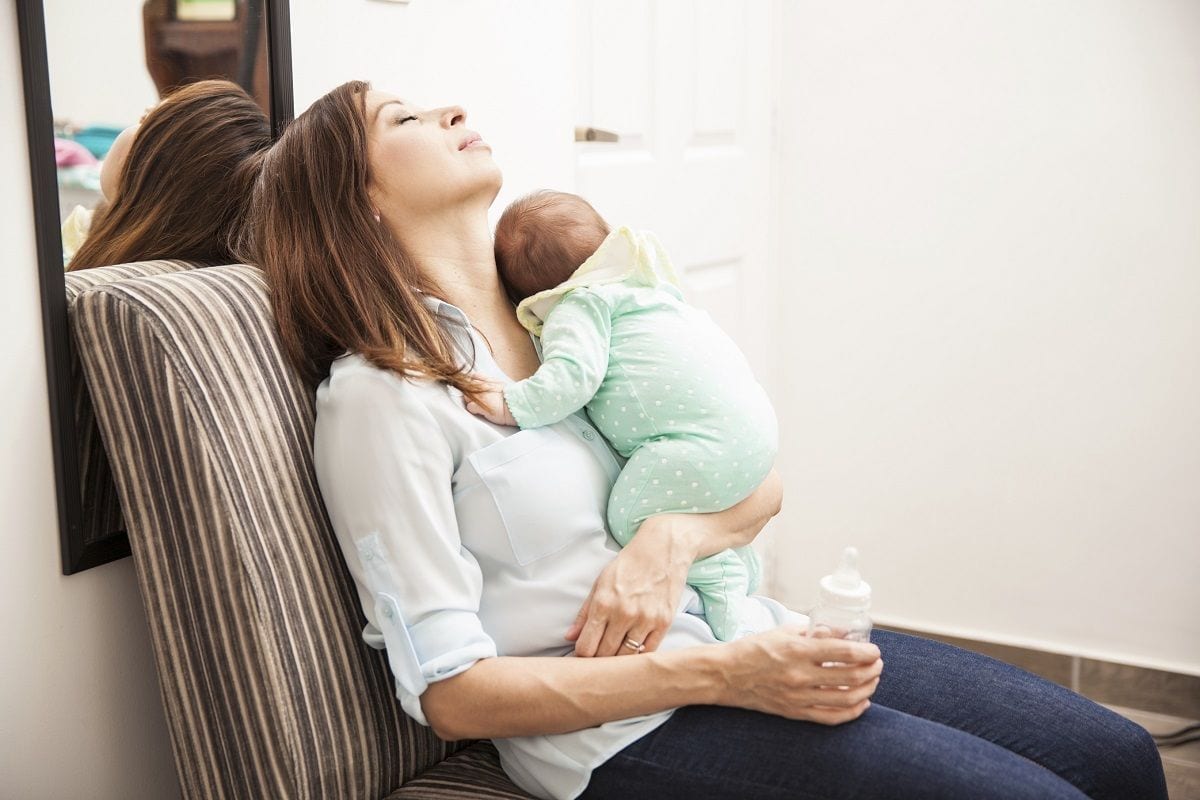 “Get some sleep now, because you won’t be able to later,” friends tell parents-to-be. When hearing this not really funny joke, the future parents politely smile. They know that stocking up with sleep is not possible. They suspect that sleeping might be difficult after the baby arrives. They support each other, hoping for the best.

Although a positive attitude is usually helpful, it won’t be enough here, and might even be harmful. Let’s do a reality check and prepare for the first stage of parenthood. Here are some facts concerning tiredness and regeneration.

1.   Lack of sleep causes a lot of conflicts in a relationship

It is difficult to imagine how a constantly stressed person who hasn’t slept for a few nights in a row feels. It’s simple – if you haven’t been in that situation, you don’t know what you’re talking about. Parents of a new born child experience that, each of them in a different way. Both are strongly affected.

The tiredness they feel is great and doesn’t go away. The unavoidable thought appears that the other parent has it easier. At that stage empathy doesn’t work well – in a crisis we usually focus on ourselves (and the baby now), rather than on the partner. When my needs are not fulfilled I feel misunderstood. When frustration peaks, you lash out. The other side, also feeling misunderstood, attacks back. It’s very easy to start conflicts, accusations, feel lonely.

Advice: try talking about your feelings using the “I statements” (I feel, I need, I see). Avoid guessing what the other person thinks and feels. A supportive conversation doesn’t have to end with a solution. Sometimes, all you need is someone listening to you, admiration, love.

For a lot of parents it’s shocking. They heard that infants sleep 16 hours per day – so why are they barely standing and look like they’re burning the candle at both ends? You see, a textbook infant really sleeps that long. But no-one said that they do that in one go. Children wake up and fall asleep, nap while feeding, during walks, when you carry them in your arms or in a sling. They don’t distinguish between day and night and remain active when all their parents want is sleep.

Advice: use every moment you can to rest (sleep, nap). When the child falls asleep, you should lie down too. For now house chores, cooking and other less important things should take a backseat.

3.   The older the child, the more often they wake at night

Sometimes you’ll hear a proud mom or dad saying: “My child is only 3 months old and sleeps through the night while the neighbours’ John/Jane is older and wakes up all the time.” Firstly, each child is different and there is no reason to brag, because it’s most likely not the parents’ doing. Secondly, well, the tables might turn soon enough. When they are 5 months old, children wake up more often, because they want to be fed – night milk contains more fat, which they need in the period when their motor skills are developed. It’s natural. Older infants often wake up when teething or request food only to feel the soothing presence of their mother.

Advice: if your child changes the waking up routine, don’t worry about it, but seek the cause. If they’re not ill, teething, not too hot or cold, and the nappy is dry, just assume that they just need to be close to you. It will pass.

4.   Sleeping together is good, under certain conditions

It’s the parents’ choice whether they sleep with their newborn or not. But it is important to sleep close to the baby. It’s safer for them. It is also easier to react quickly when the baby wakes up. Sometimes stroking the child is all they need to fall back asleep.

For sure, sleeping in the same bed makes things a bit easier for the mother. With a bit of practice she can offer the nipple while still lying, and after making sure the baby is safe, get some sleep. Opponents of sleeping together argue that the mother may crush the baby. However, an exhausted mom may not be able to ensure the child’s safety also while feeding in an armchair.

Advice: feeding in bed while napping is allowed only when both the child and the mother have a lot of room, there are no heavy duvets or large pillows on the bed and the child won’t fall off. Finally, if you’re bed-sharing, you can’t be under influence of alcohol, drugs, medicines and you can’t smoke (increased chances of sudden infant death).

Although the needs of an infant are important, the needs of their parents shouldn’t be ignored. Both mom and dad have to regenerate, so that they can work, take care of the child and enjoy life. It’s very important, because in order to give your child a happy childhood you can’t live feeling guilty and exhausted.

Advice: relieve each other, set up duty schedule, don’t hesitate to ask friends and family for help. Be honest with each other and try to recognize your partner’s needs. Sometimes, going out without the child is more effective than a nap.

6.   Good sleep is measured with cycles, not hours

Once, it was believed that an adult needs about 8 hours of sleep per day. Today we know that it’s not about hours, but about sleeping through 4-5 cycles per day (each cycle is 90-100 minutes). Ideally, we should wake up after a full cycle completes (it usually happens when we wake up to use the toilet). The worst thing that could happen is waking up while in the deep sleep phase. Unfortunately, the child doesn’t care what sleep phase their mom is in and just starts crying. That’s why waking up in the middle of the night is so unpleasant.

Advice: try to regenerate at night, but also take naps during the day. Optimally 15-20 minutes between 2 p.m. and 4 p.m.

Sleep disorder specialists have noticed that a large group of their patients consists of mothers of 2-year-old children. After months of interrupted sleep and exhaustion, when they finally can sleep longer, they are unable to do so.

Advice: prevent insomnia, take care of your sleeping habits, fight to have someone who can relieve you during the “night shift.” Sleep is necessary for healthy life. And the child needs healthy parents.

PREVIOUSIt Wasn’t Supposed to Be Like This!
NEXTRead to Your Child Everyday, They will be Smarter