One in 5-10 mothers suffers from postnatal depression after giving birth. Why does motherhood sometimes involve sadness and emotional suffering?

Postnatal depression is one of those issues that have generated a lot of myths and half-truths. People who have never experienced depression often think that it is just “a whim,”“weakness,” “looking for attention,” “laziness,” or “a fad.” All of these presumptions are false and can really hurt. Postnatal depression is an illness and requires treatment, and a family suffering from it needs understanding and help.

Most women experience“baby blues” a few days after giving birth. It is caused by intense hormonal changes occurring in the organism of a woman who gave birth (regardless if it was a c-cut or natural birth).The baby blues usually go away on its own after afew days or weeks. The new mum might feel like crying, can be anxious or have extreme mood swings. However, she functions more or less ok, eats and sleeps as usual, does not feel guilty, or doesn’t have suicidal thoughts. Unlike baby blues, depression usually appears later – a few weeks or months after birth – and it takes longer to cure.

Sometimes after an especially difficult, traumatic birth women have to deal with the memories and emotions they experienced. In that case they need to ask a specialist for help and process the trauma. Still, this is not postnatal depression. 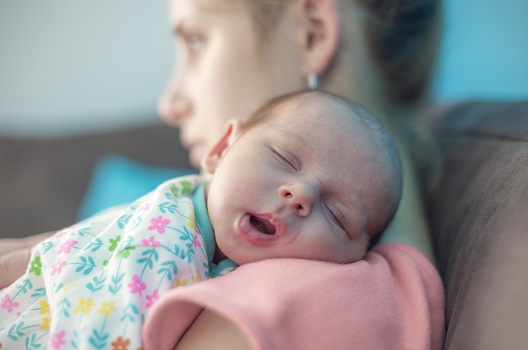 There are several symptoms that indicate depression. First of all, it is a lasting feeling of gloom, unwillingness to do things that brought you joy before, withdrawal. A depressed person may cry a lot or be distant, as if behind glass, in their ownworld. A mother suffering from depression might not enjoy contact with the child, or can be overly stressed about their safety.

Other common symptoms of depression are often guilt and low self-esteem. A woman suffering from postnatal depression has a distorted image of herself and her future. It’s not a normal sadness. It’s an overwhelming feeling of gloom and hopelessness with no visible solution. If a woman starts thinking about suicide, they need psychological or psychiatric help.

Depression may vary in strength and have different symptoms. Some women distance themselves from family and friends, but most of all – from their child. The illness makes them retreat to their own world, where they focus on their pain. They don’t establish an attachment with their child. Which means: they don’t look at them smiling, don’t talk peacefully to them, don’t soothe the baby’s fears. To begin motherhood in this way is a great loss for the mother. The child loses something as well, and in the future they may have problems controlling their emotions.

Severe depression mustbe treated because that illness threatens both safety and life. 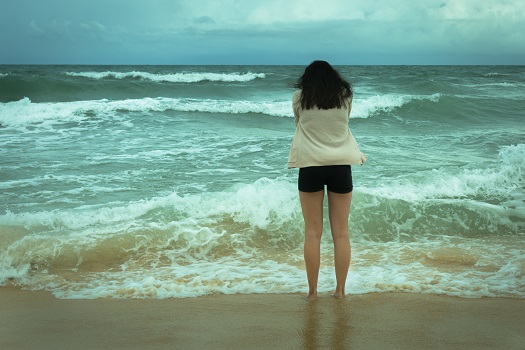 With some medication you don’t need to stop breastfeeding. It’s important, because for many women breastfeeding has an additional positive effect – it improves their mood, removes fatigue, supports the developing attachment to the child. Therefore, it is a good idea to account for that when planning your treatment with the specialist. If for some reason breastfeeding is not possible, it is assumed that treating the depression is paramount.

But they’re not always successful. Without a psychologist’s or therapist’s support, sometimes it is difficult to find the source of the illness. It may be caused, for example, by difficult relations with parents, no support from the partner, or personality disorders. A good therapy helps to understand those issues, and builds yourself-esteem. Why is it so important? For example, to be stronger, healthy and happy. And to provide support for your own child in the future, and avoid making mistakes when you’re bringing them up. 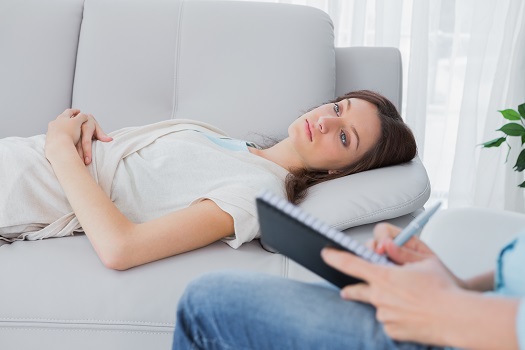 PREVIOUSWhen will my baby start sleeping through the night?
NEXTA Good Nap – Which Means What, Exactly?