A 3-month old infant begins to notice more things around them. Nursing and watching their parents’ faces ceases to be their favourite activity, and they start paying attention to objects around them and soft sounds, e.g. rustling elements of toys. Drawings of faces are also something little babies like – not only realistic depictions, but also all simple pictures with eyes, mouth, and nose.

At that age you may offer your baby different toys that are appropriate for their age and completely safe. A cuddly toy for an infant should not have any small elements (furry fabric, button eyes etc.).

It may be a soft plush animal, not too large or too heavy. Remember that with each month the baby will get better and better at catching things with their hands, pulling them closer, hugging, or passing from hand to hand. So, the cuddly toy should by handy and easy to grab. 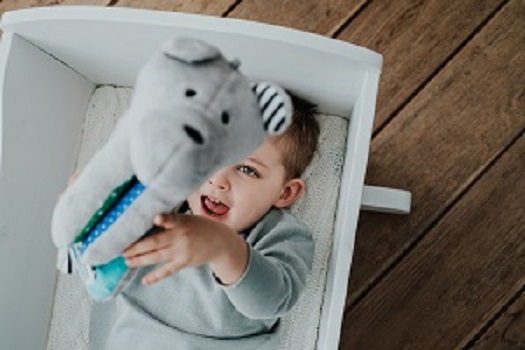 There are infants who get attached to a specific toy very early, in the first 6 months of their lives, and they like to have it somewhere close.  lot depends on the toy’s scent. A favourite toy usually smells strongly like mommy. Infants’ smell is very sensitive and they won’t mistake their mom’s smell for anything else. If mommy holds the toy often, or keeps it near her clothes, the fabric the toy is made of acquires the smell of milk, cuddles, safety, and love.

For a one-year-old the beloved toy becomes a companionon the first journeys into the unknown, when they walk – on their own legs – a few steps away from mom. The dearest teddy bear or another cuddly toy helps when the child misses their parents, left with a grandmother or a nanny.  Nothing wrong with that. As they develop, children need to learn that not only parents can take care of them and fulfil their needs. A cuddly toy helps to ease children into that stage. 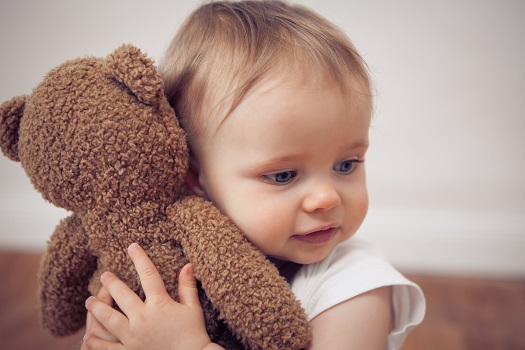 A cuddly toy will help develop a two-year-old’s need for taking care of someone important, small, and defenceless. At that stage, the toy often travels in a toy pram, or it is snuggled in a blanket, fed, orchanged. A child may play like that with their beloved teddy bear, but often at that age they’ll need a simple doll. In their world toys have different roles and functions. A doll depends on them and needs to be cared for, like a child;a cuddly toy is a friend and companion and a source of security. 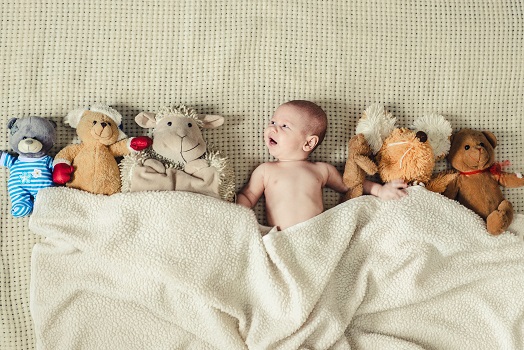 A child has the right to love a toy their parentsdon’t like that much. As we know, love has its own rules.